Already before that, around 1920 - 1930, Master Chojun Miyagi and Master Kenwa Mabuni have taught their Karate Jutsu or "To-de" to Doshisha Karate-do students in the Kansai/Kinki area, Kyoto and Osaka. Their style was later named "Goju-ryu", "Mabuni Goju-ryu", "Shito-ryu" and "Tani-ha Shito-ryu", but still consisted of the same content that has been brought from Okinawa.

Note: modern Goju-ryu, modern Shito-ryu and modern Tani-ha Shito-ryu and Shukokai have been changed during the past decades to form their own sects using the above names. We are not referring to them. Today, there are even organizations making business using the above names without having ever met nor trained with one of those teachers, Chojun Miyagi, Kenwa Mabuni or Chojiro Tani.

Still today, Doshisha University Karate-do Club Seniors, who have learnt from these Masters (Chojun Miyagi, Kenwa Mabuni, Chojiro Tani, Hiroshi Fujimoto, Doshisha Oldboys) still teach the original traditional Karate-do of their own teachers, and still teach and demonstrate their Karate Katas & Bunkai in their regular trainings.
While modern Karate has been changed dramatically and is changed every year to fit into sports, our traditional Katas and Bunkai still have the original content that has been brought from the Ryukyu islands, and has been written down in our teacher's scripts.

Additionally to the traditional Karatedo, both the Doshisha University Karate-do Club and the Kofukan International organization with member countries all around the world have successful championship-winning male & female Karateka, individuals & teams in Kata & Kumite in National Championships, Karate1 Premier League, World Karate Federation Championships and prospective the Olympics.
But Karate for championship and traditional Karatedo are not the same at all. They are different. Sport Karate looks nice to impress the audience, while traditional Karate follows strict principles to finish a fight immediately and survive.

Kofukan Switzerland, the Swiss branch of the Kofukan International association of our Masters Tomiyama, Omi and Okubo, has been founded around 1987 when Karl Skrabl (3rd Dan at that time) came to Visp, Switzerland, to train Kofukan Karate-do.
Years later, Kofukan Switzerland Dojos were established in Gamsen (Olympica) and Brig (Kollegium Spiritus Sanctus) in 1992, in Zermatt in late 1993, and in Zürich in November 1999 and again January 2008. Kofukan Dojos in Bern, Brig, Gamsen, Olten, Lausanne, Ostermundigen, Kreuzlingen and Visp did not survive, unfortunately. Kofukan Dojos are located in Zermatt and Zürich only.

Kofukan Karate-Club Zermatt, as a legal corporate with board members, has been established in 1998 by democratic election and has been celebrating its 20th Anniversary in Zermatt in September 2018.
Happy birthday! Congratulations for the outstanding efforts to keep the Karate-do spirit alive.

We regularly travel to Japan (1999, 2007, 2011, 2015, 2017, 2019,...) for three weeks each time to train with our teachers and their teachers to keep our personal connections and friendships alive, e.g. Nippon Kofukan assiciation, the teachers of the "300 Doshisha Karate-do Old Boys" at Doshisha University Karate-do Club in Kyoto, Kobudo teachers, Zen monks and teachers, Takigyo teachers, and many, many more. For this reason, we also have an intense contact to our Karate-do stiles and their Masters of Naha-te, Goju-ryu, Uechi-ryu, Shito-ryu, Ju-Go-Shizen-ryu and others. 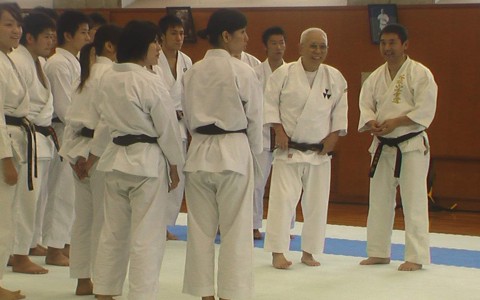 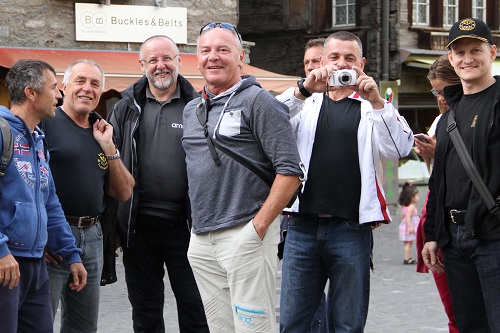 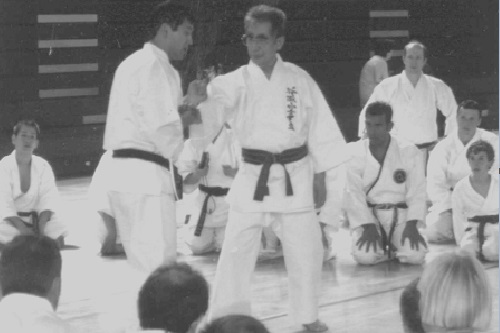