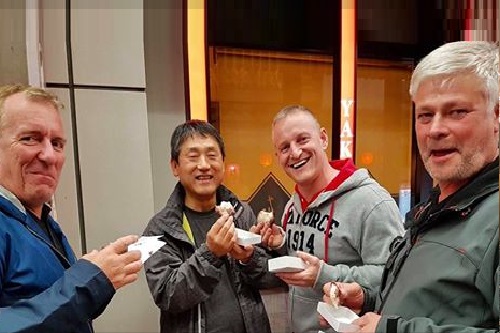 Black Belt Japan Tours of Kofukan International Black Belts from all around the globe are regularly organized by Sensei Tomiyama and his friends. Being a Kofukan Black Belt means much more than being in Karate training inside the Dojo.
We enjoy profound lessons in life-style, modesty, correct behaviour (and what NOT to do!), respect and culture, preservation of our teachers' rituals of art, Mushin, Budo, Shinto, Buddhism, Zen, preservation of the heritage and unique art of our Masters Miyagi, Mabuni, Fujimoto, 300 Doshisha Old-Boys and many more, plus appreciation and fun.